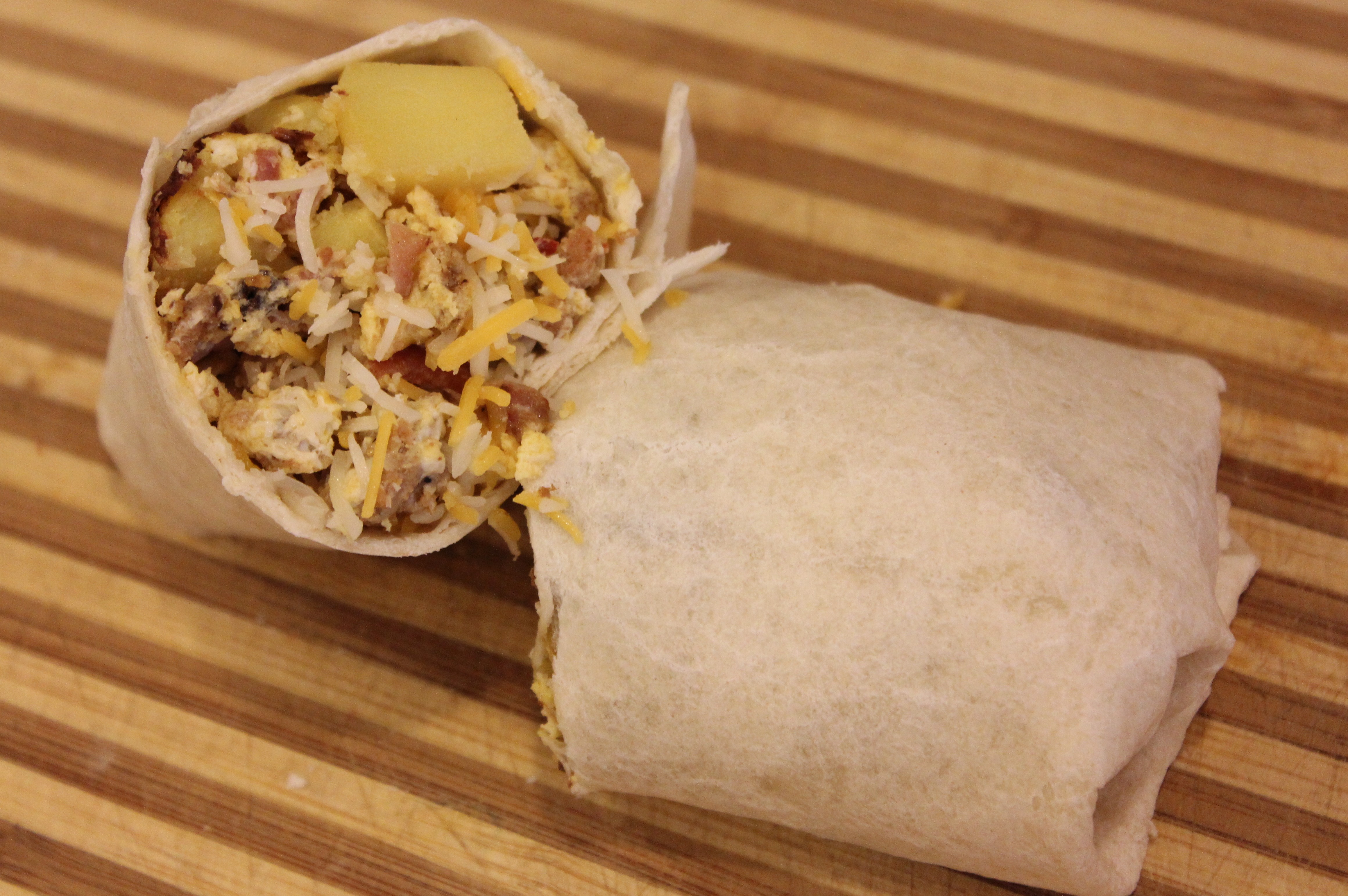 I remember waking up on a Saturday morning, living in San Diego, and looking into the fridge to see nothing that really got me excited.  That’s when I would slip into something that looks like clothes but still feels like pajamas and head to the local taco shop for a California style breakfast burrito.

These were giant flour tortillas yielding an equally giant burrito, filled with scrambled eggs, real bacon pieces, chorizo (Mexican sausage), chopped ham, potatoes and plenty of shredded cheese.  Take that warm steamy burrito in one hand, a small plastic cup of hot sauce in the other and I was a very happy for the rest of the day.

If you want to recreate the delicious flavor of a California breakfast burrito, it’s not too difficult.  Follow along and, trust me, even if you mess it up, you’re still going to be very happy with what you’re eating, assuming you didn’t burn anything.  So, let’s get started on the road to my happy place…

But first, let’s talk about a couple of things that I think are important if you want an authentic California style breakfast burrito.  First of all, the tortilla.  I like mine to be the thinner ones that aren’t too “springy.”  If you look at what they have in the grocery stores, some of them are a bit thicker than the others.  That’s fine if that’s what you like, but they’re not the most authentic.  The second item is the chorizo.  If you can find it at a local butcher, where it’s made fresh, buy it immediately.  That’s going to be a lot better than anything you buy pre-packaged in the grocery store.  Also, make sure you buy the pork chorizo, as it tends to give the best flavor, in my opinion. El Rey makes a decent chorizo as do others.

This recipe is going to be for several burritos, usually about 3-4 in our house, but we like to stuff ’em pretty thick.  Also, don’t be surprised at the use of the cheap ham.  You have to remember, these don’t come from some fancy gourmet restaurant, but rather, the little hole-in-wall taco shop you find in every strip mall in Southern California.